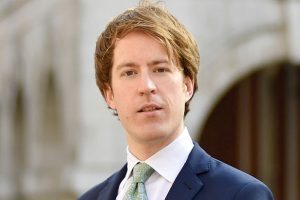 Conall grew up in Derry in Northern Ireland. Raised in a Gaelic-speaking family, he attended an Irish-medium primary school followed by a local State grammar school. He studied law at university in England, then spent a year on a scholarship at university in America, before returning to do the Bar Vocational Course in London, followed by pupillage at One Essex Court. He is the first person in his family to become a lawyer.

Conall has a broad commercial practice. His cases tend to have an international dimension, to be factually and legally complex, and they can take years to get ready for trial. Frequently, a difficult question of interpretation of a contract lies at the heart of the dispute, but in recent years Conall has acted in a number of high-profile fraud claims, where a central question is whether a company’s directors have acted honestly when signing off on the company accounts. Conall also acts in claims for damages resulting from infringements of competition law, such as a claim that a cartel among airlines caused flower-growers and electronics manufacturers to pay inflated prices to ship their goods by air. Clients are drawn from a wide variety of industry sectors, ranging from oil and gas to banking and finance, aviation and tech. One of the most enjoyable features of commercial work is learning about how the particular industry functions, often with the assistance of knowledgeable experts.

Conall works for greater inclusivity at the Bar through FreeBar, a network for LGBT+ people and allies. With financial support from Combar, FreeBar has launched a website that provides guidance on best practice. Through the Social Mobility Foundation, Conall acts as a mentor for high-achieving sixth-formers from less advantaged backgrounds who are interested in a career in the law. Conall is also a case-reviewer for Advocate, which provides free legal advice and representation to members of the public.