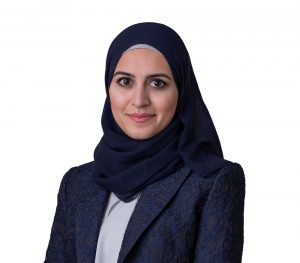 Zahra’s family sought asylum in the UK when she 9 years old. She did not speak any English when they arrived and, having been a pretty assertive and vocal child, losing her voice was a challenge. This experience taught her that the ability to communicate effectively was a profound privilege, in particular when speaking on behalf of others.

Zahra studied law as an undergraduate and went on to do an LLM in public international law. Her interest in pursuing a career as a barrister was cemented after spending some time working in Iraq after the removal of Saddam Hussein, where she witnessed first-hand the devastating impact of the absence of the rule of law. She then worked as a research assistant at the Law Commission of England and Wales and as a judicial assistant at the Court of Appeal before successfully completing pupillage at Brick Court Chambers.

Zahra has a broad practice encompassing commercial litigation, public international law, public law and human rights. She has appeared in the High Court, the Court of Appeal, the Supreme Court and the Court of Justice of the European Union. Most of Zahra’s work has an international aspect to it, and she has acted for a wide range of clients, including states and international organisations. Being a native Arabic speaker has made her well-placed to deal with any domestic litigation or international arbitration where her language skills can be used.

Beyond the interesting nature of the work, Zahra has been deeply touched by the generosity of spirit at the English Bar, and has found many open doors amongst the barristers and clerks in her Chambers (and beyond) when in need of support or advice.